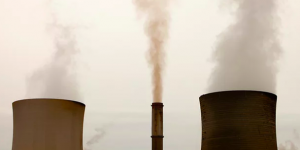 Australia’s emissions over the past year were again the highest on record when unreliable data from land use and forestry sectors are excluded, according to new data from NDEVR Environmental.

If the country’s greenhouse gas emissions continue on their current trajectory, Australia will miss its Paris target by a billion tonnes of CO2, which is equal to about two years of Australia’s entire national emissions.

NDEVR replicates the federal government’s National Greenhouse Gas Inventory (NGGI) quarterly reports, but releases them months ahead of the official data. Previous NDEVR reports’ figures have been within 1% of the official figures when they are eventually released.